The Myth of Veteran Violence

The Myth of Veteran Violence 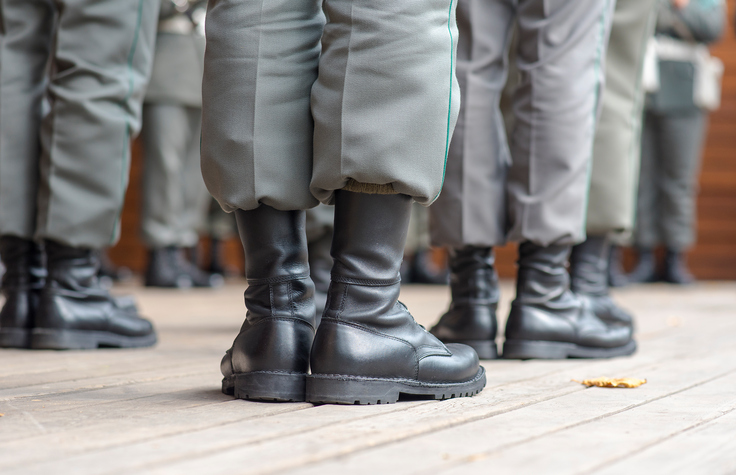 The story unfolds in the popular media with lots of drama and noise: a disturbed veteran has taken a weapon and turned it on Americans. On American soil. The family tells the reporters he came back from the military a changed man. Stories of vets with PTSD and TBI start to circulate.

People with media presence take to twitter to talk about veterans, and how they need help. But is this an accurate portrayal of what is happening, or is the media and are the media celebs just perpetuating a myth? A myth that becomes more accepted and ingrained, the longer it is discussed by people who look concerned and intelligent? What is really happening?

Another myth, one that has been around for generations, no, centuries, is the myth of the troubled young man sent off to the military to get “straightened out.” Judges gave young men the choice, join the Navy or go to jail. Parents at their wit’s end gave ultimatums to teenagers they could no longer understand or control.

School counselors and well meaning ministers sent teenaged boys who were having substance abuse issues, showing aggression and poor impulse control, out of society and into the military to get some tough love, some growing up and straightening out.

Since aggression and poor impulse control is the hallmark of adolescence in every culture on the planet, and most young men continue to grow up and become contributing and functioning members of society, the myth of the military providing some sort of crucible for troubled young men to work out their aggression has continued. And we have provided many wars to fuel that crucible.

But there are two factors to consider before those with a media presence should jump on this bandwagon. First, not every young person who exhibits substance abuse, poor impulse control, and aggression is just working out teenaged angst. Some of these young men have mental health problems that will make their lives, and the lives of their families, difficult forever. Sending them off to the military is not going to fix them, though they will get concerned medical treatment. They will continue to have problems with substance abuse, impulse control, and aggression.

If they cannot function in society, they will also not function in the society of the military. But it is not the job of America’s military to sequester the violent young with mental illness from the rest of America. The military already has enough responsibility. Many, if not most, of these troubled vets who appear in the news after an episode of violent behavior were discharged from the military early, with dishonorables, after a brief enlistment characterized by substance abuse, difficulty with authority, aggression, and poor impulse control.

The second factor that is often not discussed is the effects of a burgeoning world and national population on human behavior.

With the population in America topping three hundred and twenty-four million people, the sheer number of those with antisocial behavior problems, substance abuse, and other mental health disorders is also growing. The military is not, by its nature, the place for the treatment of antisocial behavior.

The myth of the kid made of soft metal, hardened and honed into a killing machine, is ludicrous to anyone who has served. What the military can teach only works on a person who is willing and able to learn. And those lessons–respect, discipline, pride in self and country, sacrifice for the greater good, and honor, are not the lessons that turn troubled teenagers into troubled adults.

The military needs our best. The complicated jobs given to military leadership and military service members demand our very best people doing their very best under difficult and challenging circumstances.

Are we really still asking the military to finish the job of raising troubled teenagers, or giving them the job of sequestering antisocial, violent adults with substance abuse problems?