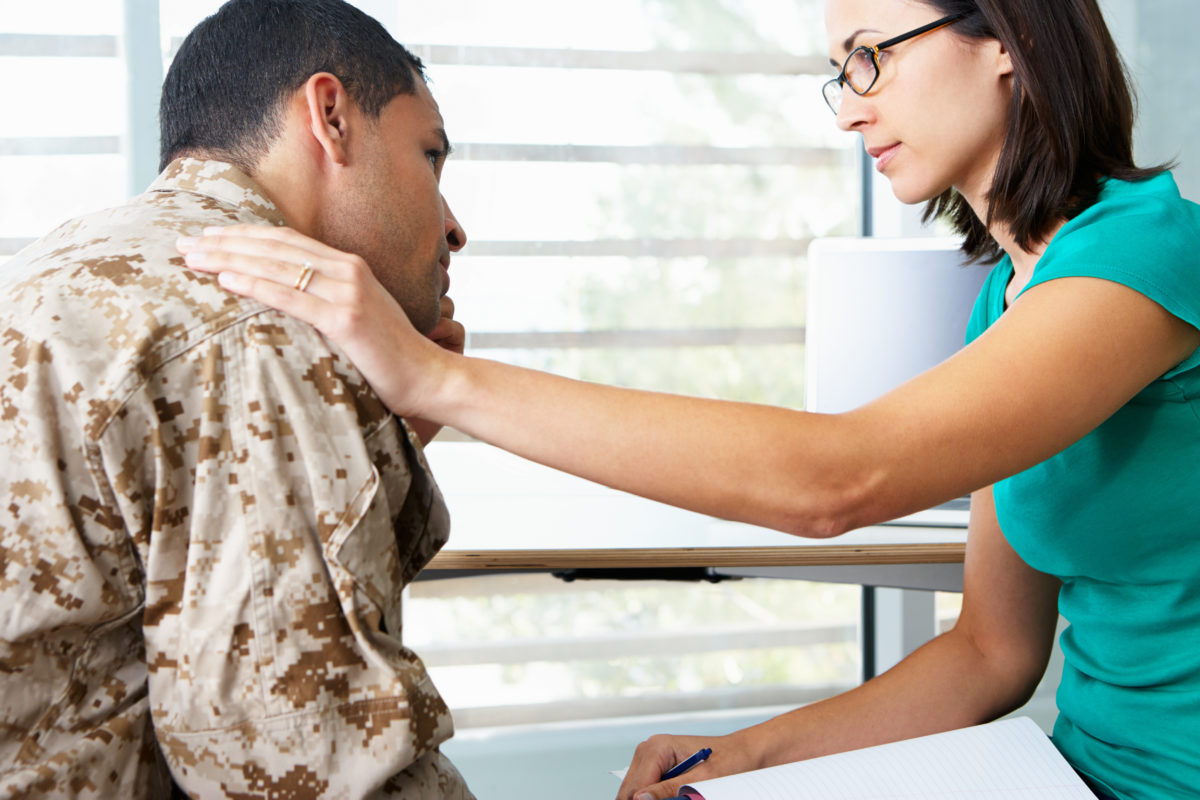 It is very common among veterans returning home from combat duty, but the extent of ignorance about this condition is staggering. Some of these misconceptions can have dangerous consequences when they prevent a person from seeking medical help for this condition.

Here is our list of the top 7 myths regarding PTSD.

Not at all. PTSD is a diagnosable condition related to how your brain responds to and processes a traumatic event. Without getting too bogged down in the science, PTSD is an involuntary process of brain rewiring, where your brain translates trauma into new wiring that triggers a fight-or-flight-like response to circumstances that don’t trigger the same reaction in other’s brains. This results in an impact on your brain’s cognitive functions. Memory, attention, and problem-solving are areas particularly affected. Researchers are still working to understand better why some people exposed to the same traumatic situation develop PTSD and others do not. It certainly isn’t a matter of willpower or choice.

2. Only soldiers suffer from PTSD.

No. Trauma is trauma, whether combat-related or from another civilian life event. Childhood abuse, car accidents, and many other life circumstances can lead to trauma.

Not true. Although PTSD symptoms often appear within the first few months after a traumatic event. Sometimes, it takes much longer. Sometimes years will pass between the traumatic event and the emergence of symptoms related to PTSD.

No. According to the VA’s research on PTSD and violence, “Individuals with PTSD are not dangerous. Although PTSD is associated with an increased risk of violence, the majority of Veterans and non-Veterans with PTSD have never engaged in violence.”

5. Symptoms of PTSD disappear by themselves over time.

No, they actually don’t. One of the biggest and most dangerous myths is that symptoms like nightmares, anxiety, and other symptoms of post-traumatic stress disorder simply disappear over a period of time. Veterans may believe that the symptoms will simply vanish and thus try to just power through the symptoms. That doesn’t happen at all. In fact, symptoms can intensify over time. If the person does not get help, they are at risk of severe symptoms that can have devastating consequences.

It is true that sometimes a person exposed to trauma may immediately have some symptoms common with PTSD that are short in duration. Not everyone exposed to trauma will develop PTSD, but short-term distress should not be confused with PTSD; one resolves quickly by itself, and the other is of longer duration.

Fortunately, this is not the case. PTSD can be treated, and treatment usually involves a combination of drugs, therapy, and other techniques. There is continuing research to understand better and treat PTSD. Believing that no treatments exist is one of the bigger mistakes people make and leads to neglect in getting diagnosis and treatment for symptoms.

7. The VA does not recognize the existence of PTSD.

This misconception is partly the result of the military and VA being very slow to recognize PTSD over time. That cannot be changed. However, PTSD is recognized by the VA for purposes of disability benefits and regularly pays disability benefits for veterans who have PTSD.

Don’t let myths about PTSD keep you from getting evaluated, treated, and compensated by the VA. If you or a family member are a veteran who may suffer from PTSD, speak to a doctor about your symptoms.

If you have not yet begun receiving veterans’ disability benefits, don’t delay in getting a claim for VA disability benefits filed. If you have already received a denial of benefits or think your rating is too low, get in touch with Veterans Law Group for a free evaluation of your claim. We may be able to help.